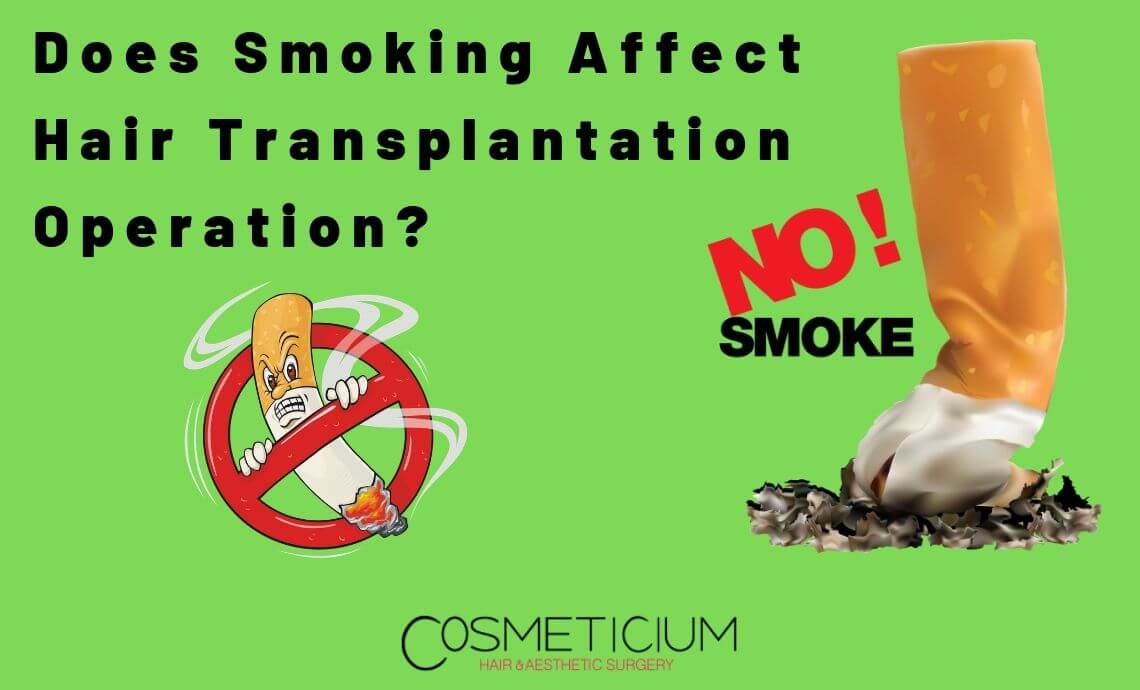 Every day we face various warnings about the harm of smoking on our health. It is very damaging to the respiratory tract and our body. One of the best things we can do for our health is to quit smoking. The damages of cigarettes are felt more especially during surgical operations. This is particularly related to general anaesthesia. It is known that smoking causes health problems in all operations including hair transplantation operation and in general.

In this article, we will discuss the negative effects of smoking in all related surgical operations, especially hair transplantation.

The effect of smoking on surgical operations is mostly associated with anaesthesia. Especially during general anaesthesia, if the patient cannot breathe on his/her own, he/she is connected to the breathing apparatus. In this case, the effect of smoking on our lungs is felt more. Smoking is a complete enemy for our lungs. It affects oxygen intake and breathing and may trigger subsequent illnesses such as COPD, bronchitis, or even lung cancer. Therefore, it also affects patients who breathe with breathing apparatus very negatively. However, this is not the only harm. Smoking has negative effects on all our cells and our health in general.

The Effect of Smoking on Cells

Smoking generally lowers the oxygen level in the blood and increases the amount of carbon dioxide. And this is a situation that has a direct negative effect on our cells. The decrease in oxygen disrupts the structure of our cells and our DNA. There are many harmful substances in the cigarette. These chemical and carcinogenic substances cause deterioration and different structures in all our cells. Every time we inhale a cigarette, we take in a lot of harmful substances and these substances accumulate in our cells and especially in our respiratory organs as they cannot be removed from the body immediately. These substances, which cannot be removed from the body and increase in number over time, can then lead to very dangerous diseases such as cancer. 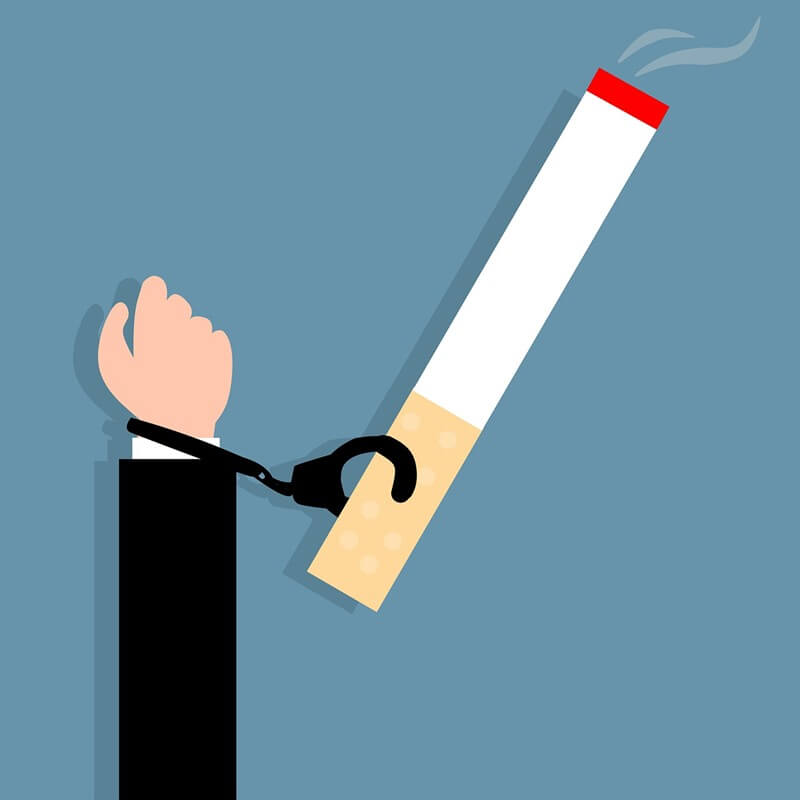 In fact, hair transplantation operations can be performed with local anaesthesia. In general, patients can breathe on their own and are not attached to the breathing apparatus. However, the damages of smoking are effective on organs other than direct breathing. The decrease in oxygen levels in the blood and cells being negatively affected may cause dangerous consequences during surgical operations. Although the surgical operation is simple and short, it may cause some bleeding and complications in our body. Smoking prevents these injuries and bleeding from healing in a short time. Moreover, carcinogenic chemicals taken together with smoking directly affect the success of the surgical operation and the subsequent recovery process. Even right before and after an operation such as hair transplantation, smoking can cause new hair to grow late.

How Many Days Before Hair Transplantation Should One Quit Smoking?

If you have decided to have a hair transplantation surgery and you are a smoker, you should stay away from smoking for at least 3 days before the operation. In fact, as your stay away from smoking increases, the positive effects on your body and the success of the surgery will also increase at the same rate. For example, if you do not smoke for just one day, the oxygen level in the blood will increase immediately and your blood circulation will be healthier. If you do not smoke for 10 days, breathing functions become much healthier and steadier. Your immune system begins to recover. The health of your immune system is very important both during and after the operation. In this case, your lungs‘ functions become much better. Blood pressure remains at a more ideal level and if there are respiratory problems, they are reduced to a minimum. Therefore, smoking must be quitted at least 3 days before the hair transplantation operation.

You May Also Like: Can Hair Be Transplanted on Scars or Burn Scars? 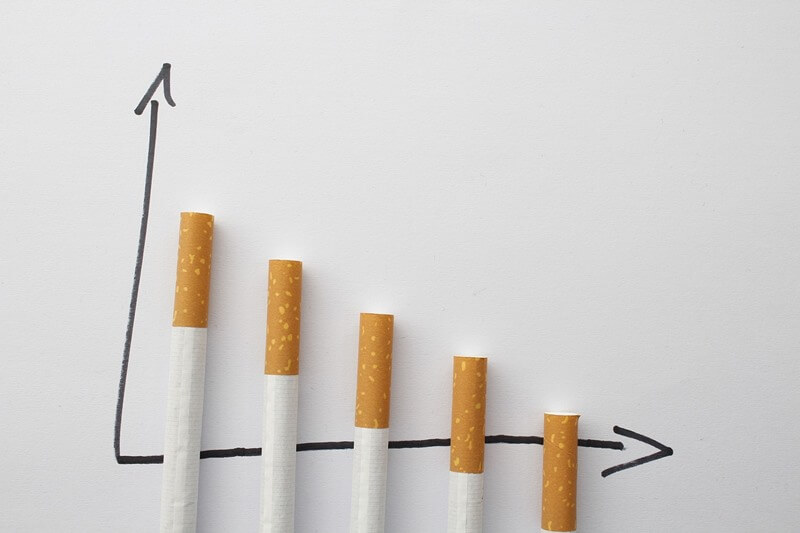 Avoiding smoking after the operation also one of the factors affecting the success of the operation. Experts state that smoking should be avoided for at least 7-10 days after the hair transplantation procedure. Redness of the scalp will heal much faster if you do not smoke. On the other hand, the duration and success of new hair growth depend entirely on the resistance of your body. The healthier and steadier your immune system, blood circulation and respiratory functions are, the faster this process develops. Smoking has a negative effect on all of these, so avoiding smoking affects even the growth of your new hair.

Although there is no need for general anaesthesia and it is not a high-risk operation, hair transplantation is a serious operation that should be performed by specialists. One of the issues that should be taken seriously about this operation is to avoid smoking. Smoking can affect all stages of the operation. Smoking should be avoided before and after the hair transplantation operation for the specified periods. Smoking increases all negative risks that may occur during the operation. During such an operation, you should not put the chemicals in cigarettes into your body. This directly affects the success of the operation. If your blood circulation is not at normal levels, it may increase bleeding and cause other problems. Smoking also has a direct effect on blood circulation.

The higher and more ideal the oxygen level in the blood is, the fewer the risks that can occur during the hair transplantation operation are and the faster the post-operative recovery is. Bleeding in hair follicles and transplantation areas decreases. If any injuries occur, the high oxygen level in the blood allows them to heal quickly. Hair transplantation is performed to revive your passive and dead hair follicles. Your immune system must be strong, and your body resistance must be high in order to heal the passive and dysfunctional parts of your body. Smoking weakens both resistance and immunity. Therefore, it is best to stay away for as long as possible both before and after the operation. You should pay attention to this issue which is important for your health.