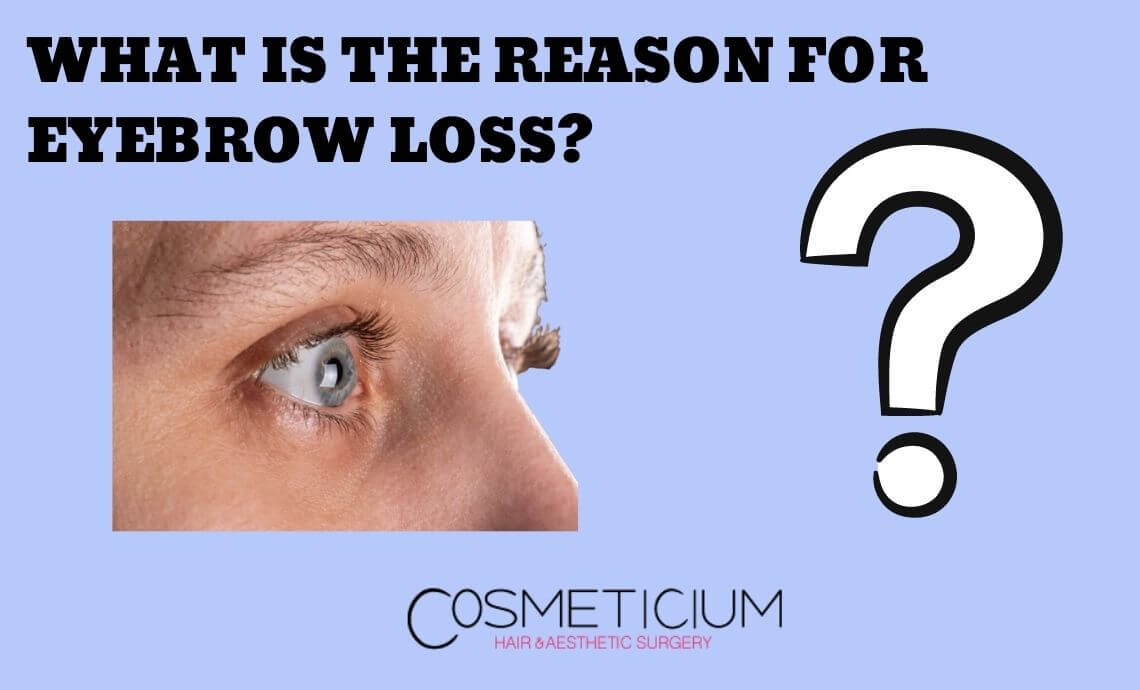 Eyebrows are one of the most important parts of the face and affect the appearance to a great extent. Therefore, people pay special attention to their eyebrows. However, some people’s eyebrows may be thin by birth or fall out later due to different reasons. In such cases, eyebrow loss should be prevented and re-growth should be ensured. Yes, but how? In the rest of our article, you can find the reasons for eyebrow loss and the most effective solutions.

The Reasons for Eyebrow Loss

Before addressing the causes of this problem, first, the question of “What is eyebrow loss?” must be answered. Eyebrow loss is a decrease and loss in the eyebrows due to several reasons that occur later on. Having thin eyebrows by birth is not within the scope of eyebrow loss. It should be noted that these two concepts are different.

Eyebrow loss is among the negativities experienced by many people today. There are different kinds of reasons for this problem which is seen both in men and women. The most common ones are:

It is known that many people shape their eyebrows with eye shadows and eyebrow pencils with aesthetic concerns. This process, which is known as eyebrow makeup, may harm the eyebrows in the long run. Moreover, when it is done unconsciously, the damage becomes much higher. For example, unnecessary pressure on the eyebrows while using the pencil can cause a permanent loss. After such situations, women try to cover the loss with contour and permanent make-up procedures. However, since the aforementioned methods hardly give a natural appearance, the result is usually disappointing.

Eyebrow plucking is the shaping of the eyebrows by removing certain parts. However, this process should be done with the utmost care and meticulously, only when needed. When eyebrow plucking is done unconsciously, it may cause eyebrow loss after a while. It is known that many people have this problem because of this reason only. 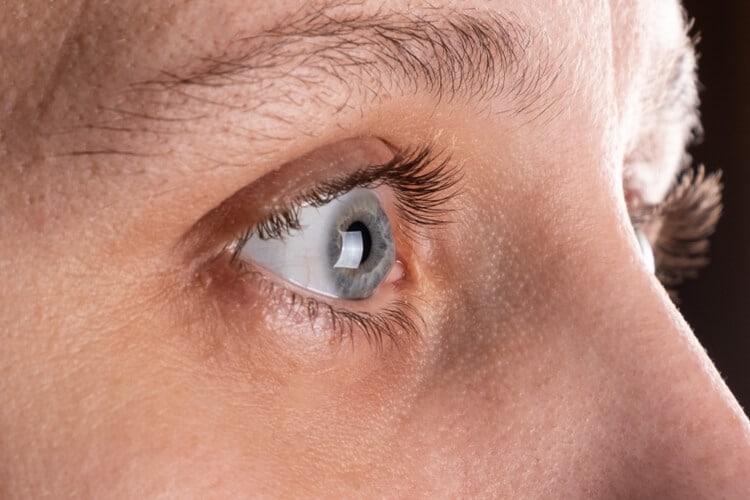 Atopic dermatitis, a type of eczema, is a skin disease. As in other skin diseases, it causes hair/beard/eyebrow loss in the area where it occurs.

Some medications you use for different diseases can cause this problem. This type of eyebrow loss, which is seen as a side effect of medications, is usually temporary and ends when you stop taking the medication.

You May Also Like: What Are the Main Advantages of Eyebrow Transplantation?

Unbalanced diet and malnutrition is another reason for eyebrow loss. Eyebrow follicles are fed with substances that come through the blood. If there are problems in your diet, insufficient nutrients go to the eyebrow follicles, and as a result, eyebrow loss may occur. In such cases, you can apply for a rich and balanced nutrition program. Besides, it would be beneficial to get supplementary vitamin and mineral support.

Thyroid insufficiency is among the reasons for eyebrow loss as it is for hair loss, it has a similar effect. Conditions such as constipation, dry skin, thinness, and fatigue are the most important symptoms of thyroid gland deficiency. If you experience loss in your eyebrows in addition to these symptoms, please remember that the reason may be related to your thyroid. In such a case, you should see a specialist doctor.

Goiter, which occurs as a result of irregularity in the functioning of the thyroid glands, is also among the important causes of eyebrow loss. When the disease is treated, the lost eyebrows may re-grow to a large extent. 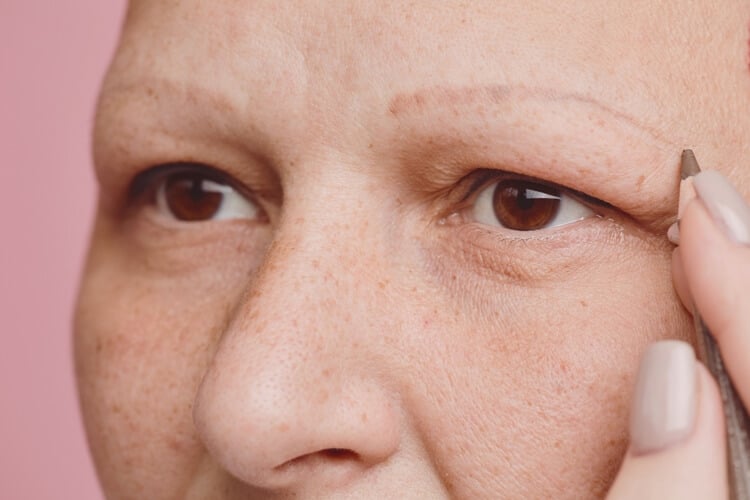 Alopecia is a condition whose exact cause is unknown. It usually occurs on the scalp and causes a complete loss of the hair in the area where it is seen, and it can also occur in the moustache, eyebrow, and beard. The eyebrows lost as a result of alopecia can re-grow after a while with the right treatment. So the effect of alopecia is temporary.

You May Also Like: Frequently Asked Questions About Eyebrow Transplantation

What is Eyebrow Loss Treatment?

There are different treatment methods for eyebrow loss. However, the main thing here is the reason for this loss. Once the cause of the loss has been identified, the elimination of this cause is focused on. After this stage, the lost eyebrows can come out again. However, if the eyebrows do not re-grow, then the following treatments should be tried.

Oils obtained from herbal products can be beneficial for strengthening and regrowth of the eyebrows. Applying the mixture of olive oil, castor oil and coconut oil to the eyebrow regularly will positively affect eyebrow growth. Similarly, a mixture of almond oil and garlic juice can be used in the treatment of this problem. However, the eyebrows should not have been lost permanently so that these or similar methods become useful. If the eyebrow follicles are dead, these treatments will not work. 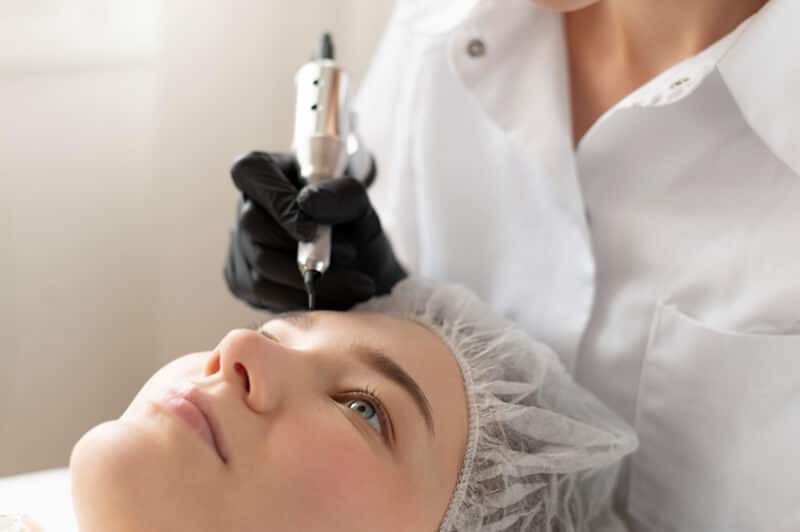