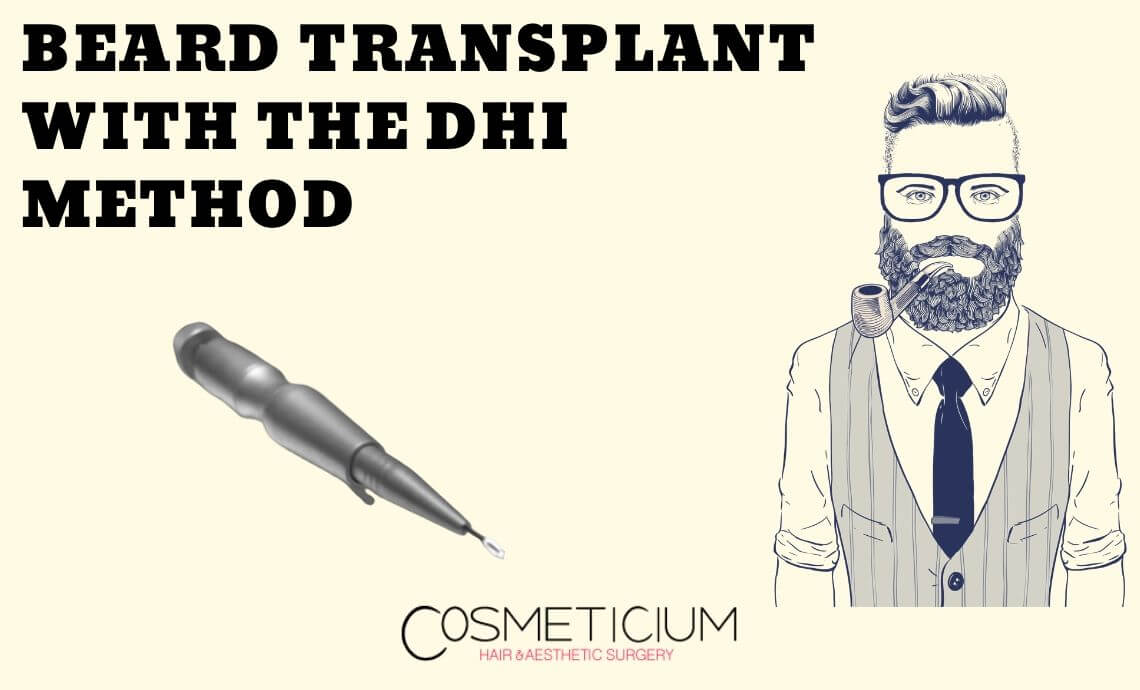 Beard Transplant with the DHI Method

Certain steps should be followed when performing the beard transplant with the DHI method. Before moving onto these steps, it shouldn’t be forgotten that the DHI technique can only be performed by doctors specialized in this field. As it is a new technique, preferring specialists providing high-quality service is extremely important.  The steps to be followed when performing the beard transplant using this technique are as follows:

1. Determination of the Areas to be planted

2. Calculation of the Number of Grafts to be planted

In the beard transplant, it is very important to have a natural result. To do this, after the determination of the areas, the number of grafts to be planted in those areas is calculated. To configure the beard density correctly, this calculation should be done very carefully.

3. Collection of the Hair Grafts

After the planning is completed, the next stage begins and collecting the required grafts starts. First of all, the neck area is examined. If there are sufficient grafts here, other parts are not checked. But, in case there aren’t enough grafts, grafts can be collected from different parts of the body. For the beard transplant, grafts are usually enough.

The collected grafts are planted in the determined areas. The most important difference of the DHI method becomes clear at this point. While there is a need to open canals in the other techniques, in this technique plantation is performed without opening any canals. For this process, special pens called Choi or Implanter are used. These pens are patient-specific and new pens are used for every patient. After they are used, they are thrown away.

The previously collected grafts are placed carefully in the pens called choi. Then, using this pen, the plantation is performed at the desired angle. The angle is extremely important for the beard to have a natural look. If the angles are not adjusted correctly when performing the beard transplant with the DHI method, some problems will be inevitable. This, in return, means failure in meeting the expectations fully. For this reason, the DHI method is a special technique as it makes it possible to adjust the angles easily.

After the beard plantation, the growth process begins. The grafts get used to their new areas and after a while, they start to grow. This growth is permanent and continues for life. There is no possibility of the planted beard to fall. To have permanent results, it shouldn’t be forgotten that 8-12 months are needed. Therefore, one has to be patient for the full results.

You May Also Like: 5 Things That Those Who Want to Have Beard Transplantation Should Know

Advantages of the DHI Method

There are different techniques used in the beard transplant. But, the DHI technique stands out with the advantages it provides. It wouldn’t be wrong to list some of its advantages as follows:

What Are its differences from FUE Method?

The earlier technique that was preferred for the beard transplant was the FUE method. But, after the development of the DHI Method, it is preferred less and less. While there are some similarities between the two methods, there are also serious differences. Especially, the differences in the application stage affect the results directly. The differences between DHI and FUE are  in general as follows:

When the above factors are considered, it is clear that the DHU technique is more advantageous. Therefore, for high success, the DHI method has been used in the beard transplant as well.

To Have the Beard Transplant with the DHI Method or to Get the More Detailed Information You Can Fill Out Our Online Consultation Form Here.