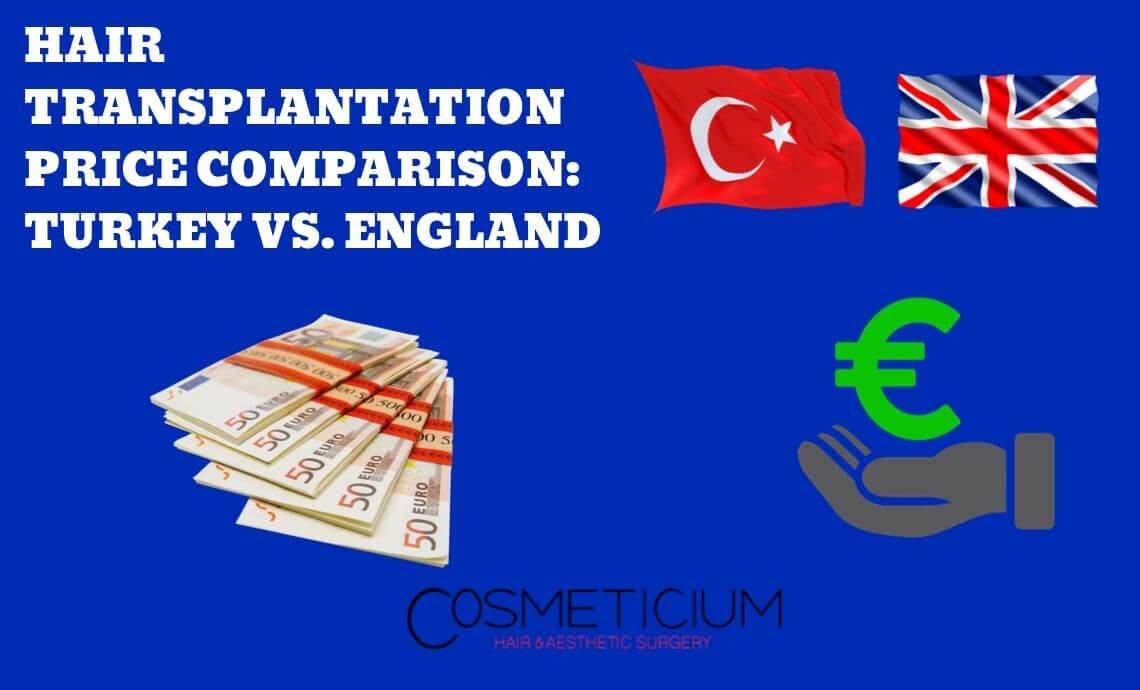 Hair is one of the most influential components on the external appearance of people. People who lose their hair permanently resort to different methods to correct this condition. But the most effective method for a permanent solution is hair transplantation. Hair transplantation is performed in many countries around the world, but it would not be wrong to say that some countries are more successful by all means in performing this procedure. Two of these countries are Turkey and the UK.

Turkey and the UK are among the countries that successfully meet the expectations of people in the field of hair transplantation and successfully implement methods that satisfy them. People who have serious self-esteem problems due to hair loss can get rid of these problems permanently by the help of methods applied in these countries and in a sense their quality of life increases.

We have compared for you the price, performance and success rates of Turkey and the UK, the two leading countries in the field of hair transplantation.

Which Country is Better in Hair Transplantation?

Turkey and the UK shine out in hair transplantation. This makes people wonder which of these two options is better. When the data on this issue is examined, it is clear that there is a significant difference between these countries. The details are as follows:

Considering the above assessment, although the UK is considered to be good in this field, it is revealed that Turkey is clearly in a more advanced position.

You May Also Like: Why is Turkey the Best Place to Have a Hair Transplant?

Price of Hair Transplantation Procedures in the UK and Turkey

Another difference between hair transplantation in the UK and in Turkey is the amount to be paid for this procedure. When comparing these figures, the method to be used and the amount of hair to be transplanted must be the same. When these issues are considered the same, the amount payable for hair transplantation in the UK varies from £5000 to £11000 (€5600 to €12400). Similar procedures can be performed at a cost of only €2000 to €3000 on average in Turkey. From this point of view, it can be said that the UK is at least 3-4 times more expensive compared to Turkey.

The figures in Turkey are all-inclusive prices. Going to a clinic to get expert advice in Turkey does not require any payment. After a decision is made for the hair transplantation, airport pick-up and transfer, accommodation and similar services are provided completely free of charge. From this point of view, it would certainly not be wrong to say that the figures are extremely low in Turkey.

Advantages of Having Hair Transplantation in Turkey

Another advantage is that Turkey’s a holiday country. People who come to our country with their spouses or families for hair transplantation can go to beautiful holiday resorts and have a unique holiday here. Moreover, the figures to be paid for the holidays are at the appropriate level and this allows people to act as they wish. And all this makes Turkey very attractive for hair transplantation.