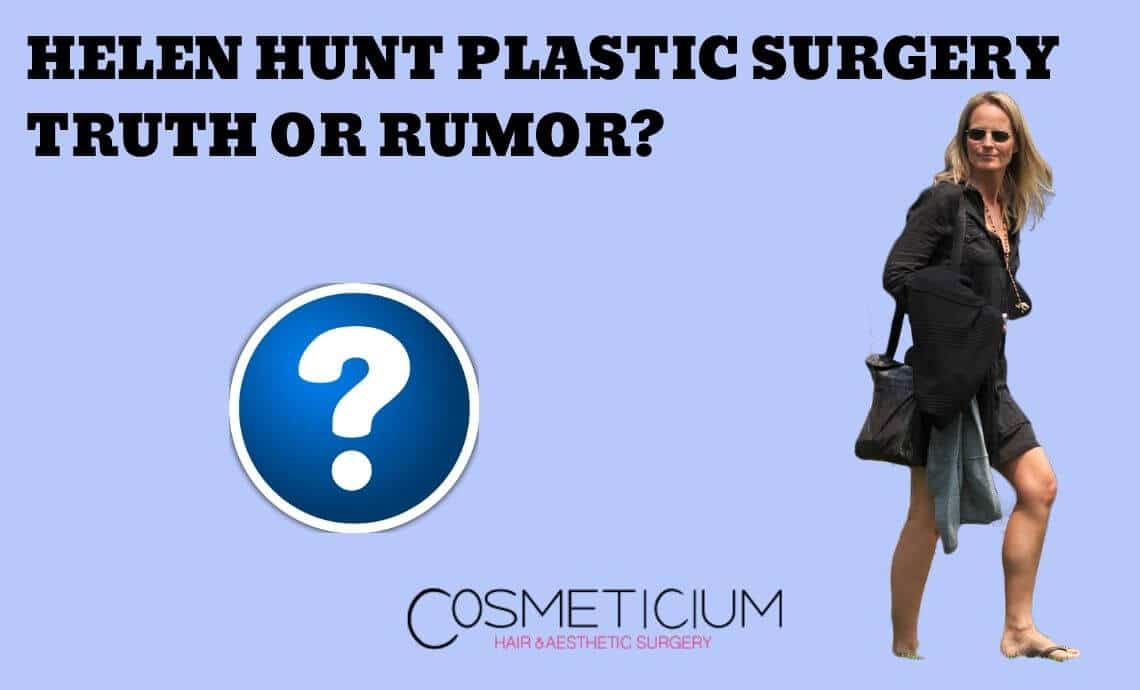 Helen Hunt is a name, which is familiar for especially middle age and older people. Helen Hunt who gained great reputation with the TV series named Mad About You, which is one of the legends, started to appear in the new episodes of this series after 20 years. This situation caused comments about Helen Hunt’s new appearance. Is her appearance natural or did Helen Hunt have plastic surgery?

Who is Helen Hunt?

Helen Hunt is especially known with the role in the TV series Mad About You which was broadcasted between 1992 and 1999. This famous actress, who achieved to win Emmy Award, played very successful role in the movie As Good As It Gets, too. Such that, she managed to win Academy Award for The Best Actress in 1998 with her role in this movie. Well known and admired greatly by generation x, Hunt began to appear on screens from the age of 8. She has played role in more than 150 TV productions and films since the 1970s. Even this number reveals how successful Helen Hunt is.

Did Helen Hunt Have Plastic Surgery?

No clear explanation was made regarding the answer to this question about aesthetic surgery. However, opinions of experts at this point carry important clues for the answer of the question. Considering the age of this celebrity, it is accepted by everyone that there should be some signs of aging on her face. However, when viewed from television screens, it is seen that Hunt does not have a distinct wrinkle on her face. Therefore, it can be said that Hunt has benefited from some cosmetic procedures. However, there are different opinions about what these are.

Which Plastic Operations Did Helen Hunt Have?

It is quite obvious that Helen Hunt had plastic surgery, especially due to the change in her facial area. At this point, some experts suggested that a small facelift procedure might be at stake. Some experts claim that botox is behind this change.

From the view of her fans, it should be emphasized that this situation is a complete disappointment. Because of her new look, many of her fans expressed directly that they felt uncomfortable. Some of her fans even said that because of Helen Hunt’s exaggerated look, they couldn’t fully focus on the show. While some of her fans having botox and similar procedures as a reason for this situation, others expressed that this might be a bad CGI. In other words, they did not believe that Helen Hunt had a plastic surgery operation.

The answer to the above question may change from person to person. However, it can be said that her fans find Helen Hunt’s new face exaggerated. Some fans even felt seriously uncomfortable from this situation.

Experts say that there is not even a little roughness on her skin and that the procedure is successful in this respect. However, considering the age of the celebrity, some experts like her fans consider this to as exaggerated. As a result, Helen Hunt never gave a clear explanation for these plastic surgery rumors.

You Can Fill in the Form Below to Get Answers to Your Questions from Our Doctors Within Hours About Plastic Surgery! (FREE)