Being one of the world-famous tennis players, Simona Halep attracted attention with her breast reduction operation. The famous athlete, who had large breasts prior to this operation, had average-sized breasts after the operation. So, what is breast reduction, how is it performed, why did Simona Halep had her breasts reduced? You can read the rest of our article for the answers to these questions.

What is Breast Reduction?

Breast reduction surgery, which Simona Halep underwent, is a procedure that allows breast reduction as the name suggests. In this procedure, excess fat, granular tissue and skin in the breasts are removed. The nipple is repositioned. At the last stage, the process is completed by reshaping the breast.

The breast reduction procedure, which has been on the agenda lately and preferred by many people, is very important. Although this procedure is known to be an aesthetic procedure, it directly affects people’s lives. It can be said that one of the most important examples of this is Simona Halep. Halep has experienced a serious rise in her career after this procedure. 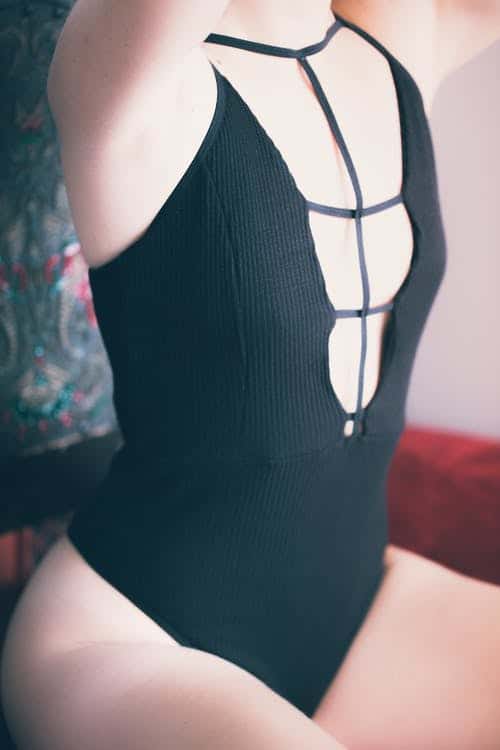 Fat and other tissues removed during breast reduction cause excess skin. And this leads to sagging of the breasts. Therefore, sagging breasts cases may be experienced in some patients after the operation. Therefore, another procedure called breast lifting is performed along with breast reduction. It is not known exactly whether this applies to Simona Halep or not. However, some experts state that this procedure has also been performed on Halep.

Why Did Simona Halep Have Breast Reduction Surgery?

Simona Halep is an athlete who attracted attention with her play at a young age. The name in question was shown as one of the most important tennis stars of the future. But Simona Halep was well aware within herself that she could not make the expected leap forward. She knew very well why: Her breasts. Yes, Simona Halep had pretty big breasts. Her breasts, which were 34DD, directly attracted attention. This situation also had an impact on the game she played.

Simona Halep complained that her breasts were a serious load for her. In tennis, the speed of reaction is very important. If you have a load on you, your reaction time will be longer. And this means failure. It was precisely this situation that prevented Simona Halep from succeeding in tennis. Also, when neck and back pains were added to this condition, she decided to have breast reduction surgery in 2009 at the age of 17. This decision was very difficult for her. Her breasts reached size 34C after surgery. So she had normal-sized breasts.

It was not easy for the famous tennis player to make this decision. She stated that she felt as if she had come out of a war. When she saw her breasts bandaged, she could not hold her tears and she cried for hours. These details, which we get from her own expressions, reveal that the breast reduction decision is extremely difficult.

Breast reduction can be considered as an aesthetic procedure. However, this statement is not true for Simona Halep. Because Halep did not undergo breast reduction surgery for aesthetic purposes. The celebrity made such a decision to play tennis more comfortably. She reaped the fruit of the decision she made as the champion of Wimbledon exactly 10 years later. This championship clearly shows how accurate her decision was.

Is Breast Reduction An Aesthetic Procedure?

Breast reduction is considered an aesthetic procedure. But some experts oppose it. Because having big and full breasts is everyone’s dream. Breast reduction is generally preferred by people with excessively large breasts. So in some cases, a requirement may arise here.

Having large breasts can be an important advantage in terms of attractiveness. But it seriously reduces people’s quality of life. Excessively large breasts can be expressed as a load to carry, as in the case of Simona Halep. Carrying this load constantly can cause neck and back pain. Apart from this, it is known that it causes different problems with clothes. For all these reasons, the number of those who stated that breast reduction surgery is a necessity is increasing rapidly.

Who Can Have Breast Reduction Surgery?

Those who want to have breast reduction surgery must first meet some conditions. Having a larger breast than normal is at the top of these conditions. If you have normal-sized breasts, you wouldn’t want to have such an operation. Another important point is to be healthy. Because this procedure has a number of risks. For those who are not healthy, these risks can become even more dangerous. Therefore, this procedure is not performed on those who are not healthy.

If evaluated in general, although breast reduction is sometimes performed for aesthetic purposes, it is usually performed due to necessity. Having large breasts has both physical and psychological difficulties. This can cause people to experience self-esteem problems and even their psychology to deteriorate. Breast reduction operations have become important to prevent related negativities. Simona Halep is one of the most successful examples of this.