Hair transplantation significantly changes the appearance of men and allows them to regain their former appearance. As is known, most men have hair loss problems. This problem is more obvious in some men. Excessive hair loss causes sparseness in different parts of the head. Hair transplantation, which is the permanent remedy of this loss, almost reverses this situation and allows men to regain their hair.

Hair loss is not a problem that develops suddenly. It occurs at the end of a given process. So, the general appearance of people changes over time. Men who lose their hair often do not decide to have hair transplantation immediately. Thus, they have a long time away from their image when they had hair. The change that occurs when they regain their hair with hair transplantation is therefore very effective.

There are different reasons for men to have hair transplantation. But it would not be wrong to say that some of them are more prominent. In the continuation of our article, we will examine in detail the answer to the question “why do more men prefer hair transplantation?”.

1. To Have A Classier Appearance with Hair Transplantation

Hair is the most important detail of a charismatic look. In order to have a charismatic and classier look, men do not necessarily have to have hair, however, the number of charismatic men with no hair is quite low. Unless you have charisma like Jason Statham, you may also consider having hair transplantation.

Hair loss does not often mean that the person will soon be bald. Conditions such as sparseness on top of the head and openings in the temporal region are seen more commonly. This is not suitable for a classy look. Openings on the sides and openings on different parts of the hair cause unpleasant images. Elimination of such openings and restoring sparse areas would only be possible with hair transplantation. Generally speaking, one of the main reasons why men have hair transplantation is the desire to have a classy and charismatic appearance.

You May Also Like: How Many Different Hair Loss Types Are There? Which One Is Yours?

2. To Avoid Having To Deal With Meaningless Jokes

Since hair loss is an externally recognized condition, it is easily noticed by other people. This sometimes causes different jokes to be made about the person. Men with hair loss are sometimes exposed to a number of jokes. While jokes such as hitting the bald area, using expressions such as bald and skinhead do not bother people at the beginning, these jokes can become annoying when made continuously. When some of the people around exaggerate the dose of the jokes, the psychology of the person is negatively affected.

Although sometimes people laugh all together when those jokes are made, it should be known that this situation is not very pleasant for the man with hair loss. The jokes made deeply shake the image of the person concerned and also cause the loss of his reputation in the society. For this reason, men have hair transplantation and get rid of these jokes completely. It is a very important advantage that the hair transplantation is not noticed after a while and the hair looks completely natural. 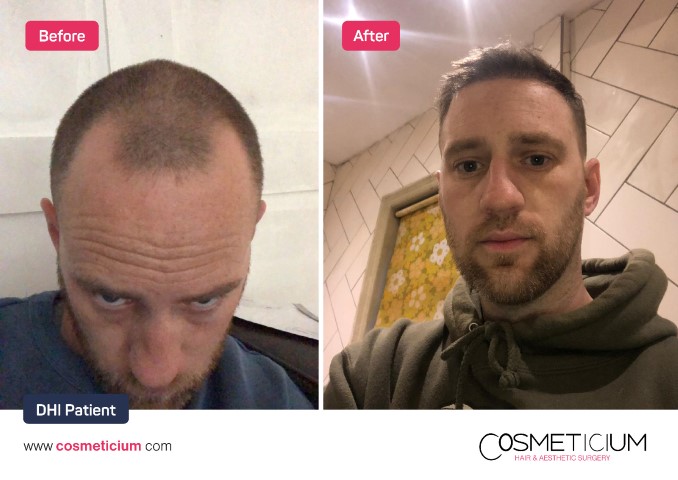 4. To Impress The Opposite Sex

Hair loss also affects men’s relationship with women of the opposite sex. Bald men also have girlfriends, but it should not be forgotten that these examples are very limited. In particular, it can be said that the loss of hair that causes openings and sparseness of hair affects people’s images extremely negatively. And this situation negatively affects men’s relationship with the opposite sex.

Women are greatly affected by men’s hair. A hairstyle, person’s overall posture and charisma are extremely important for women. Because of this, men who lose their hair are less likely to impress women. Therefore, a significant number of men have hair transplantation. The desire to impress women can be considered as one of the reasons why men have hair transplantation. Moreover, this reason is in the top ranks.

You May Also Like: How Did Elon Musk Bring His Hair Back?

5. Stepping Into A Healthier Life with Hair Transplantation

As the phrase goes, the man is almost reborn and starts a new life from scratch. Thanks to this new beginning, people leave all evil behind and pull their lives together.

You May Also Like: Hair Transplantation Before and After at Cosmeticium in Turkey

Hair is one of the most important characteristics of a man. The well-groomed, bushy and stylish look of the hair makes other people respect the person more. For this reason, it can be said that the hair and the charismatic posture of those who want to climb the career ladder are extremely important for them. It would not be wrong to say that someone who convinces the people around him more easily with the help of his hair is very advantageous in reaching his career goals quickly.

Hair isn’t just about making people look nice and has more important functions. Given that one of these is related to career goals, there is nothing more natural for a person with hair loss to have hair transplantation.