Celebrities’ hairstyles have a very important place in their success. However, some celebrities face the risk of losing their hair over time due to hair loss. One of those who has this problem is the famous American actor and director Nicolas Cage. There are many plastic surgery rumors about Cage who is one of the most important names in Hollywood. On top of the list, rumor says that he had hair transplant. So, did Nicolas Cage get hair transplant? What is the secret of the change in his hair? How did his fans think about his new look? All these details are in our article.

Who is Nicolas Cage?

The famous actor, whose original name is Nicholas Kim Cappola, was born on January 7, 1964, in California. Cage, who is a producer, director and actor, played many roles in many different types of movies during his career.  Movie types such as drama, action, science fiction and romantic comedy are the types in which he acted the most. Cage, who attracted attention with the movie Valley Girl in 1983, succeeded to become one of the sought-after names in the cinema world after this film.

Nicolas Cage began to be recognized in 1990s by a much wider audience.  In 1995, he acted as an alcoholic Hollywood writer in a broadcast movie called Leaving Las Vegas. He managed to win an Academy Award, Golden Globe and Screen Actors Guild Award for his performance there. Cage, who became a star after these awards, still exists in front of the scene in recent days.

You May Also Like: The Truth Behind Sylvester Stallone’s Hair Transplantation Rumors

Nicolas Cage’s Hair Loss Problem Existed from the Past 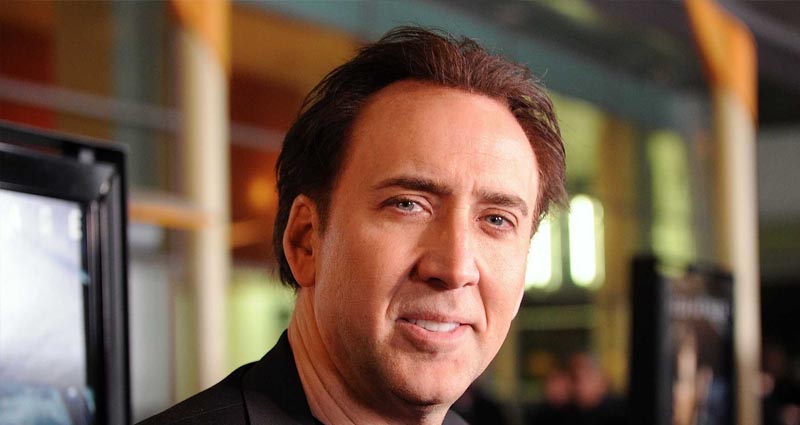 The celebrity’s hair loss problem also lies under the question if Nicolas Cage got hair transplant. During his career, he has played many important characters, but not much attention was paid to his hair by his audience. Famous actor has hair that has a unique mysterious nature. Therefore, the change in his hair cannot be completely understood when it is viewed from outside. To understand this change, looking at the filmography schemes will give much more effective results.

When his hair is examined, it is seen that his hair sometimes recedes and sometimes becomes abundant. This is the main point of the rumors that he got hair transplant. Especially when these rumors came out as he was acting in Arizona Rising, his hair was quite thick. “Valley Girl” was one of the examples to be shown in this situation. At that time, Nicolas cage had an obvious problem with his hair. This problem became more significant over the years. Yes, this problem was male-type baldness which is seen in many people.

You May Also Like: Kevin Costner’s Hair Transplantation from Disaster to Wonder

Has Nicolas Cage Had Hair Transplant?

It is not completely known whether Nicolas Cage got hair transplant or not. It would not be correct to use a clear statement, since the famous actor has not made any explanation on this subject. However, it is possible to get an idea about the answer to this question by taking the changes in his hair over the years into account. In the past years, it was obvious that he had a problem with his hair. There was a distinct recede in his hairline. However, there was no such problem with his hair in the Netflix documentary. In this documentary, his hair looked more abundant and darker. Based on the change here, it can be concluded that Nicolas Cage got hair transplant. However, it should not be forgotten that this is based on expert opinions and he has not yet confirmed hair transplantation.

You May Also Like: Ben Affleck Hair Transplantation: Know Everything about His Hair Secret

After the documentary broadcasted on Netflix, his fans started to discuss his new hair and whether Nicolas Cage got hair transplant or not. Especially, on social media platforms, many different comments were made on this subject. While looking at the comments that has been made, it is understood that his fans are generally satisfied with his new hair. It has already begun to be wondered what kind of character he will bring to life with his hair that grows abundant and dyed in his next role.

11 Celebrities Who Have Had Hair Transplants