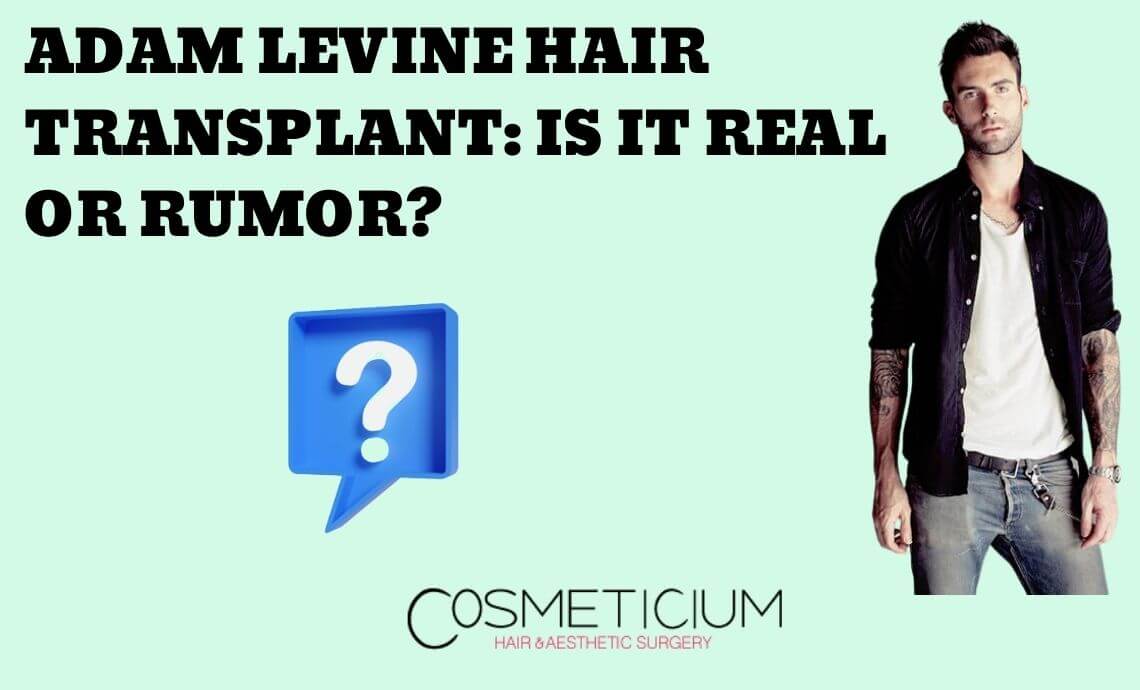 Adam Levine Hair Transplant: Is It Real or Rumor?

Adam Levine is one of the most popular pop stars in the world. The famous lead singer of the group Maroon 5, is also known for his role as a judge on the television show The Voice. Apart from these, he also made his acting debut in the television show American Horror Story.

The appearance of Adam Levine, who won the 2019 Sexiest Man Alive award, is very important to people. His fans, who follow him constantly, notice even the smallest changes in his appearance, and comments are made about such changes.

Adam Levine, who is 41 years old, caught the attention of his fans when he appeared completely bald in one of his music videos. Fans tried to figure out why he shaved his head completely. This situation brought along different speculations. Did Adam Levine really have a hair transplant? Is it true that his hairline is starting to change? All the details are in our article.

His latest appearance on the show The Voice with a freshly shaved head drew big attention. As the show continued, fans began to share their views and thoughts on this situation on social media networks. Some of these comments had to do with the similarity between Adam Levine and Lex Luthor.

Adam Levine responded to fans’ comments about his resemblance to Lex Luthor. His answer was as follows; “Lex Luthor was bald, but I shaved my hair.. So I did it voluntarily. There is a big difference. OK?“ The response by Adam Levine soon received thousands of likes and was retweeted thousands of times.

Excuse me. Lex Luthor was bald. I have "shaved" my head. Meaning, shaved by choice. Big difference. Ok?!! Ok?!!

Although both are looking bald, Lex Luthor is presumed to have lost his hair not because of male type baldness, but because of scarring alopecia caused by a fire.

Different interpretations were made to the response given by Adam Levine. One of them was as follows; Being bald is good too. It comes from the baldness of the alopecia woman. Give in, bald is beautiful. 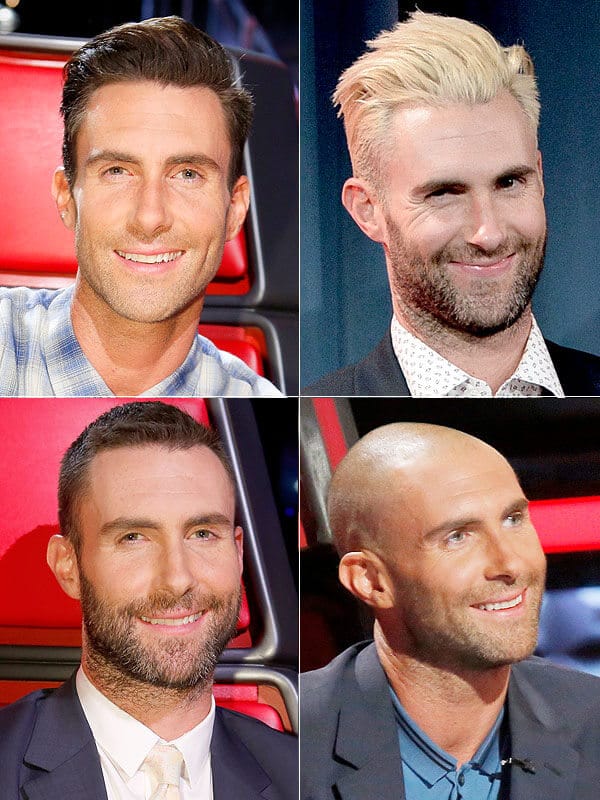 Did Adam Levine Really Had a Hair Transplant?

Although his baldness was noticed on TV  screens, Adam Levine shaved his hair and shared it on his Instagram account. His hair started to grow back, but they looked thicker than before. Whether this is natural hair or not has started to be discussed both in the media and on social networks.

His Hairline Gives It Away

Adam Levine has a scar that lines up with the beginning of his left eyebrow, explaining the roughness that continues along his hairline. Since the hairline seems to be changing, haircuts and some grooming tricks can help hide thinning temporal region. 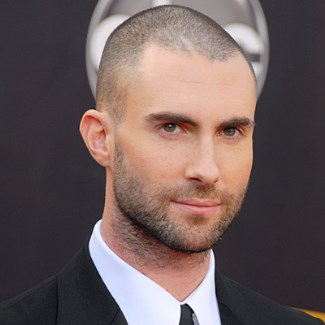 Whatever is behind the change of his hair, it is thought that the famous artist is satisfied with this look and wants to continue with it. It is also known that his wife likes this style.

What Should You Do If Your Hairline Is Regressing?

To find out if you are experiencing hair loss, you can look at the strands of hair falling out in the shower or on your pillow when you wake up. However, it should not be forgotten that losing hair up to a certain number is related to the growth cycle of the hair and these are considered normal. Hair loss up to 100 hairs per day is generally not considered as a risk.

If you are sure that you have hair loss issues and your hairline is regressing, you can consider hair transplantation, which is the most effective method at this point. Hair transplantation will help you solve this problem permanently.

Hair Transplantation in a Nutshell

Hair transplantation is a surgical procedure that allows hair follicles to be taken from the section called the donor area and transferred to the balding area. As the donor area, the back of the neck and above-ear sections with hair resistant to hair loss are generally preferred.

Hair transplantation is a procedure applied to women and men, and the success rate is quite high. Depending on the number of grafts to be transplanted in the operation, the hair transplant procedure takes between 6-8 hours approximately. In addition, there are different techniques applied for hair transplantation. Considering your general condition, your surgeon will determine the best method for you.

Hair transplantation not only provides the fixing of bald areas, but also allows people to gain a new appearance. The self-confidence of those who have an appearance close to their old natural appearance is also positively affected. Therefore, hair transplantation is a procedure that has more positive effects than you might think. 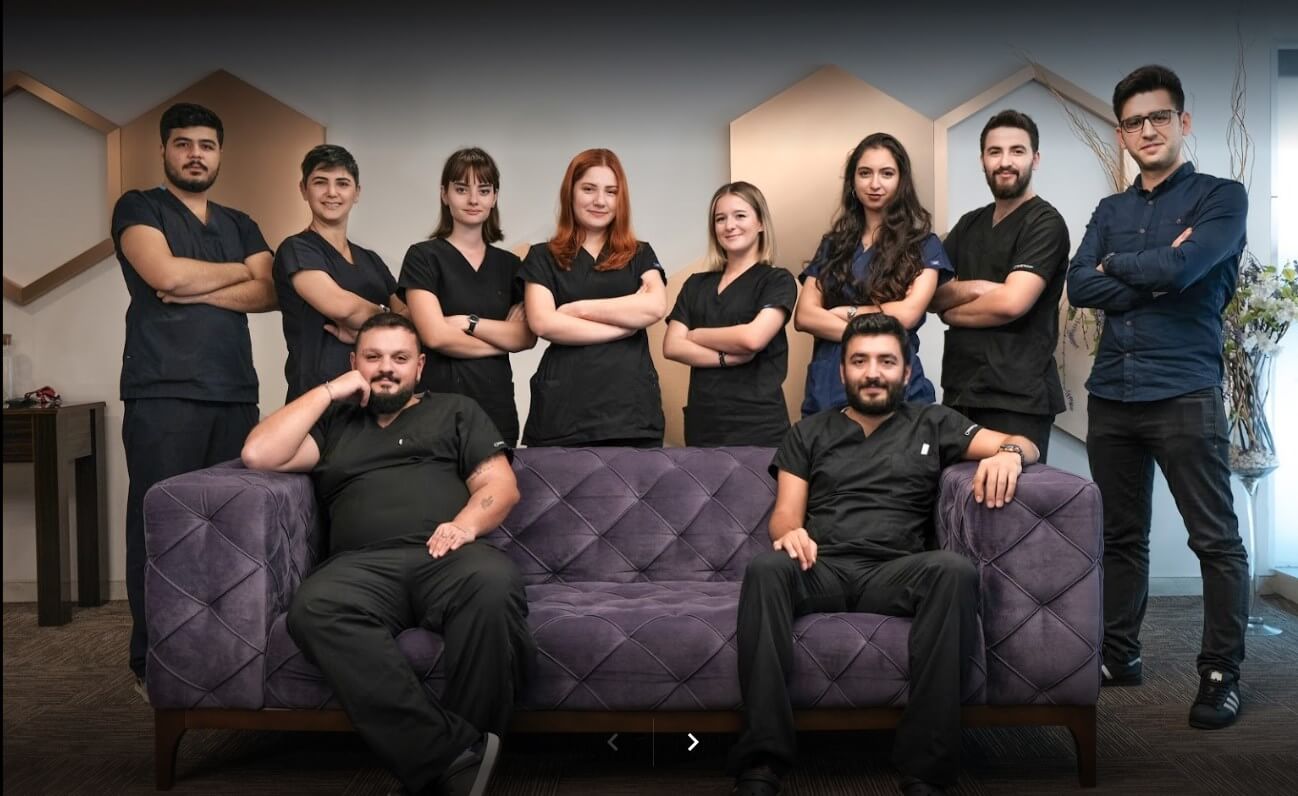