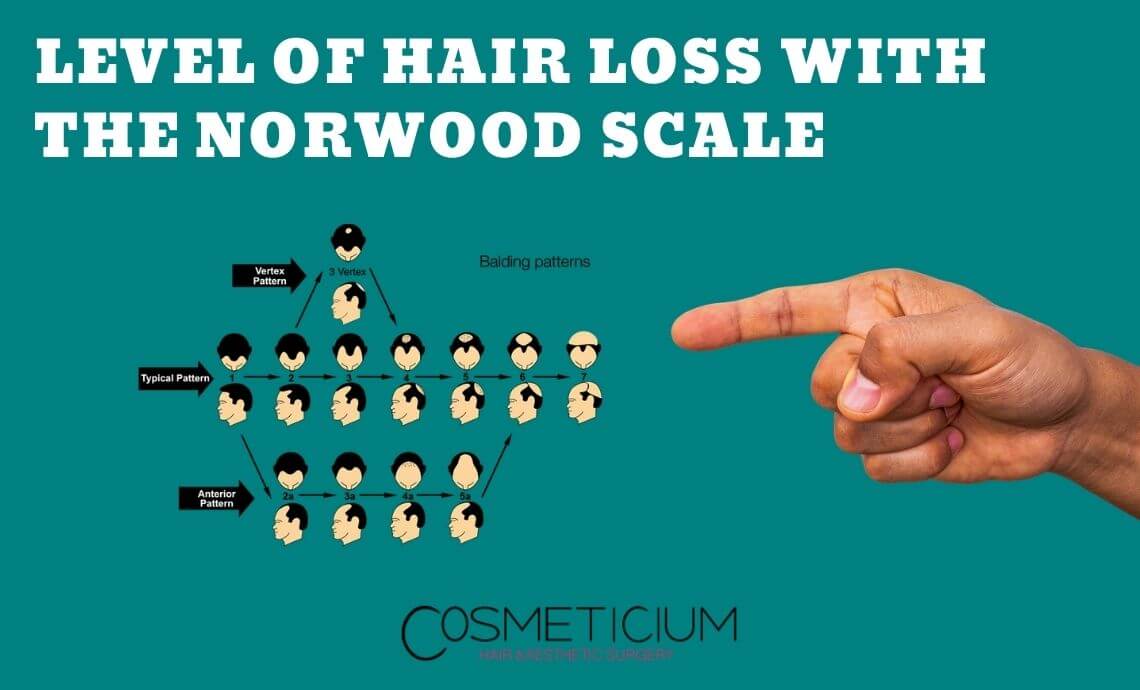 How Can You Assess the Level of Hair Loss with the Norwood Scale?

Deaspite the fact that hair loss is a problem experienced by many people, its severity may vary between individuals. Therefore, Norwood scale was developed in 1950s to assess the level of hair loss. It is still used today. How many levels are there on the Norwood scale to determine hair loss? What level are you at? You can find all the details in our article.

What is the Norwood Scale?

Norwood scale is a scale which was developed to determine the level of hair loss in androgenetic alopecia caused by genetic factors. It was developed by Dr. O’Tar Norwood In 1951.

The scale, which has experienced some changes since the day it was developed until it reaches the present time, is still actively used. It directly assesses the level of hair loss in people with male pattern baldness. Those who experience hair loss can easily see at what stage they are by taking this scale as a reference. In addition, they can closely examine the stages of male pattern hair loss.

In Norwood scale, there are levels between Type 1 and Type 7. They are categorized by using a view taken over the top of the scalp. Let’s take a closer look at these levels. 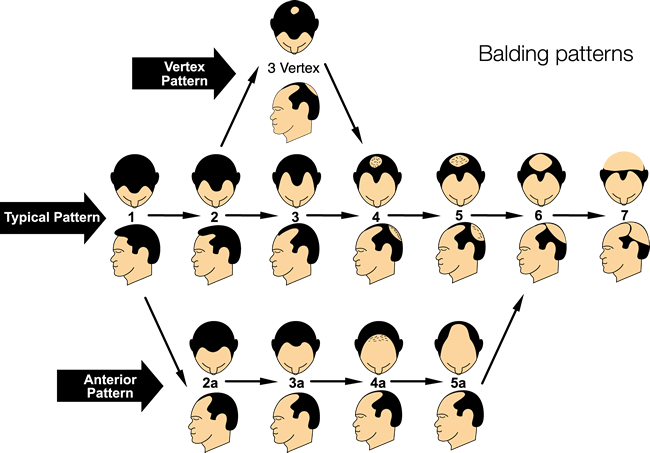 Hair loss at the type 1 level is minimal. Fort his reason, it is often not noticed from the outside. While it is usually seen in younger ages, it can rarely be seen in later ages.

The hair loss in question is called type if there is no metabolic disorder at the root of this hair loss, which is often unnoticed, and there are individuals with a family history of baldness.

You May Also Like: Hair Loss Is Not Your Destiny

At this level, the regression in the forehead and front hairline first begins to be noticed. Most of the people with male pattern baldness problems realize that their hair is lost when they reach the level of Type 2. Symmetrical shedding starts on the eyebrows and these become more visible over time. The hairline is pulled back about 1 cm. Consequently, the forehead widens a little more.

In some people experiencing Type 2 level, hair loss is seen only on the temples while there may be a general shedding that will cause the front hairline to regress in some of them. Therefore, while for some people it seems like an unimportant situation, for others it is the beginning of a very annoying process.

Hair loss at this level  is now noticeable from the outside. Therefore, it is also called beginner level. At this level, the temples are opened and the hairline is pulled back about 1-2 cm. It is one of the problems which is experienced by the men in their 30s very often.

Type 3 level changes are usually in the anterior hairline and forehead area. However, there is no noticeable change in the top region. One of the most important issues for this stage is the rate of hair loss. If the hair loss continues quickly, it will soon become level at type 4.

Those who reach Type 3 level should be examined by a doctor if the spillage continues. Although the treatment of male pattern hair loss is not complete, it is possible to slow down hair loss. With treatment, balding can be delayed for 3-4 years.

Type 3 Vertex is the most common level, especially in men over the age of 30. Generally, the spills are in the area where the front hairline whereas it is seen in the crown area in some people. The level in question is referred to by this name since there are spills in the region (top region) expressed as vertex.

It will be appropriate for those at this level to prefer treatment options such as PRP. Enriching the scalp may cause hair loss to remain at this stage. If hair loss stops, baldness caused by hair transplantation can be eliminated.

You May Also Like: How Fast Does PRP Treatment Give Results?

Type 4 is the level where the hair is shed from both the top area and the hair front line, which is evident from the outside. Male pattern baldness generally takes 3-4 years to reach this level. However it is known to take much longer in some people. The temple areas were clearly opened, the front line of the hair went back and a visible baldness occurred due to the spills in the vertex area. Although other areas are generally strong, they may look weak depending on the hair structure of the person. 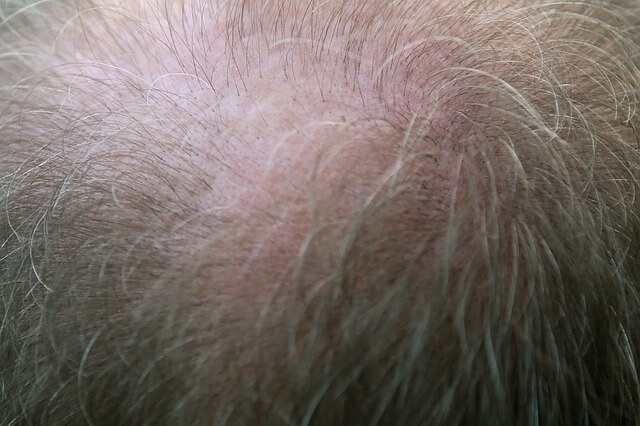 It is the level where hair loss is clearly visible. The openings starting from the temples progressed backwards and the openings in the hill area grew. The baldness caused by the spills in these two areas is close to uniting. There is still some hair on the frontal area of ​​the hair, which usually gets thinner and takes the form of a feather.

You May Also Like: Why is Hair Transplantation Cheaper in Turkey?

The opening in the temples and the baldness at the top point unites at this level. Therefore, the hair in the nape area looks like a bow. There may be sporadic hair strands in the top and anterior region. These are extremely puny. It is generally a condition seen in advanced ages, but it is also possible to be seen at an early age.

It is the level in the Norwood scale where hair loss progresses towards the side and neck area. The bow formed by the hair on the nape gets deformed at this level. If you look at the top, you can see that there is only a little hair on the sides. Hair transplantation may be preferred if there are enough donors to eliminate this level of baldness. However, hair transplantation takes 2 sessions due to the large bald area.

For The Most Suitable Solutions For Your Hair Loss Level, Click Here to Consult Our Experts.