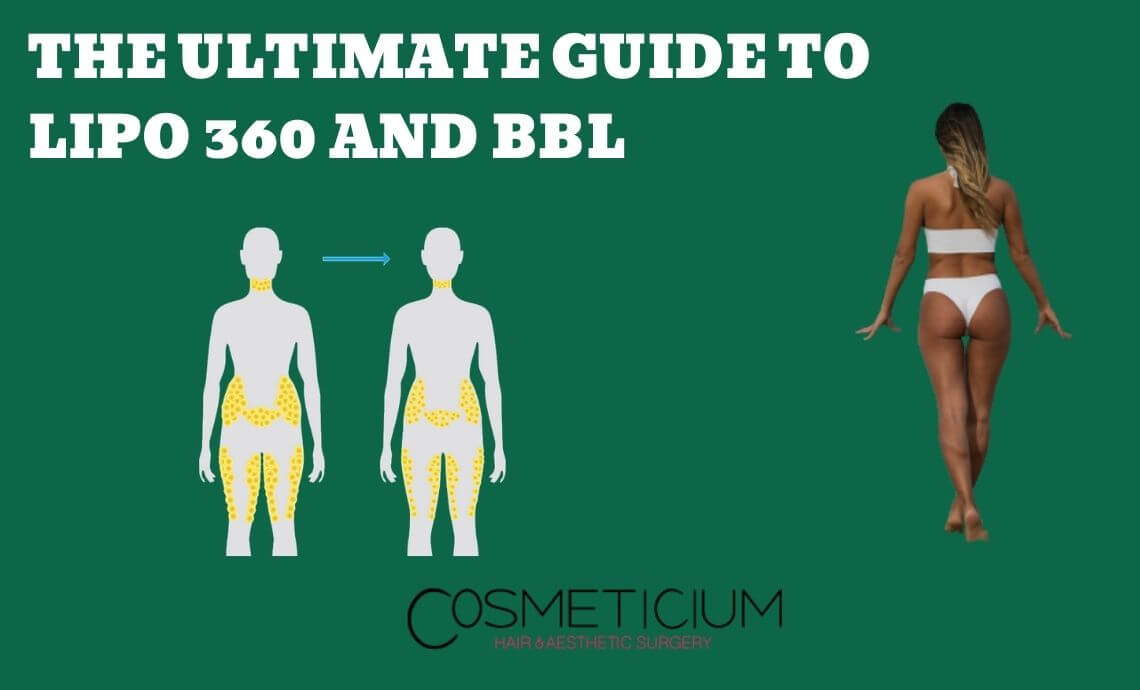 The Ultimate Guide to Lipo 360 and BBL

Lipo 360 and BBL (Brazilian Butt Lift) are the most effective procedures used to shape butt. This procedure, which is preferred by many celebrities such as Jennifer Lopez, Beyonce, and Kylie Jenner, provides a plump and round appearance to butt. Extracting fat via liposuction and injecting that fat into butt underlie the procedure.

What are the different sides of Lipo 360 and BBL procedure? Which areas are related, how fat is extracted, what are the risks and costs? All answers are written in our article.

What is Lipo 360 and Which Areas Are Related?

Lipo 360 is a procedure that is used to shape the entire middle part of body. The middle area is surrounded by 360 degrees and shaped with liposuction.  You can have your body lines as you wish and achieve your dream body with this procedure.

Lipo 360 is generally used to the middle part of body. The areas where this procedure is applied can be listed as follows:

What is The Difference Between Liposuction and Lipo 360?

Basically, Liposuction and Lipo 360 procedure are performed in similar ways. The most important difference between the operations here is related to the targeted number of areas. Traditional liposuction targets only one body area. This area can be a body part depending on patient’s need.

Lipo 360 targets more than one area at the same time. Many areas in abdominal region are targets of lipo 360 procedure. Therefore, it would not be wrong to say that it is more comprehensive than traditional liposuction.

You May Also Like: Brazilian Butt Lift in Istanbul | Prices and All Other Details

Stages of Lipo 360 and BBL Procedures

In Lipo 360 method, small incisions are made in relevant areas and then cannulas (small and thin tubes) are placed through them. As final step, fat is sucked out of the area with an aspiration device. It is also common to use additional methods to remove fat more easily. These additional methods allow fat to break down and thus allow them to be extracted much more easily. The mentioned procedures here are generally applied to areas such as waist, back, abdomen and thighs. Then, with fat content which is obtained here, butt is reshaped. Lipo 360 and BBL are almost an artistic work. Bodies of the candidates are shaped very carefully. Moreover, while performing this process, extra care is taken to ensure that the result is permanent.

You May Also Like: What Exercises Should I Avoid After BBL Surgery?

Why the Lipo 360 and BBL are Better than Silicone Implants?

Butt shaping with Lipo 360 and BBL has many superiorities over silicone implants. For this reason, it is known that they are preferred much more nowadays. Some of these mentioned superiorities and advantages can be listed as follows: 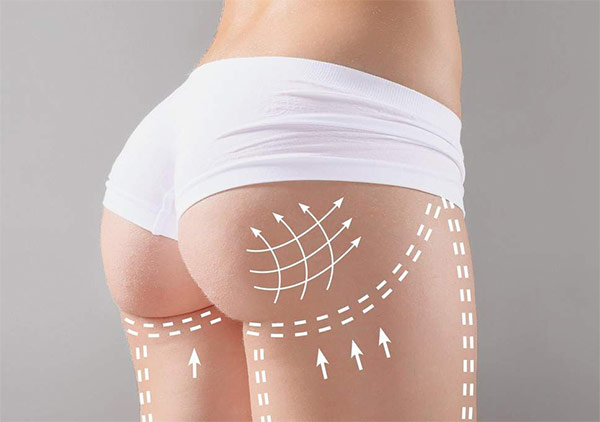 You May Also Like: Frequently Asked Questions About Brazilian Butt Lift

Are There Any Risk in Lipo 360 and BBL Procedure?

Lipo 360 and BBL is a procedure that has been applied for many years. In these processes, fat is injected into muscle to better nourish the fat cells. Recent researches have shown that these procedures do not have serious risks. However, it was realized statistically that fat embolism is a risk. The most important point here is to keep cannula’s tip away from big vessels.

Although Lipo 360 and BBL procedures are known to be reliable, it should be kept in mind that the risk in these methods is not zero. There are always small amount of risk in every surgical operation. However, you can completely avoid these risks with a doctor who is good in his/her field. You can get detailed information from our specialist surgeons by filling out our online consultation form.

Cost of Lipo 360 and BBL may differ based on many factors. Eventually, fat amount to be taken from patients and fat amount to be injected into are not the same. Therefore, it can be stated that it would not be right to talk about a fixed price. However, it can be said that the average cost of these procedures in Europe is around €6.000 – €7.000. This amount is only the price to be paid for the surgery. It should not be forgotten that there are additional costs for other things.

In Turkey, average cost of these procedures is around €2.500-3.000. Moreover, the amount here is not just for the surgery, but all procedures are included. Even services such as accommodation, clinic/hotel/airport transfer, personal translator and patient consultant are included. Therefore, it can be said that the cost of Lipo 360 and BBL is much more affordable in Turkey.